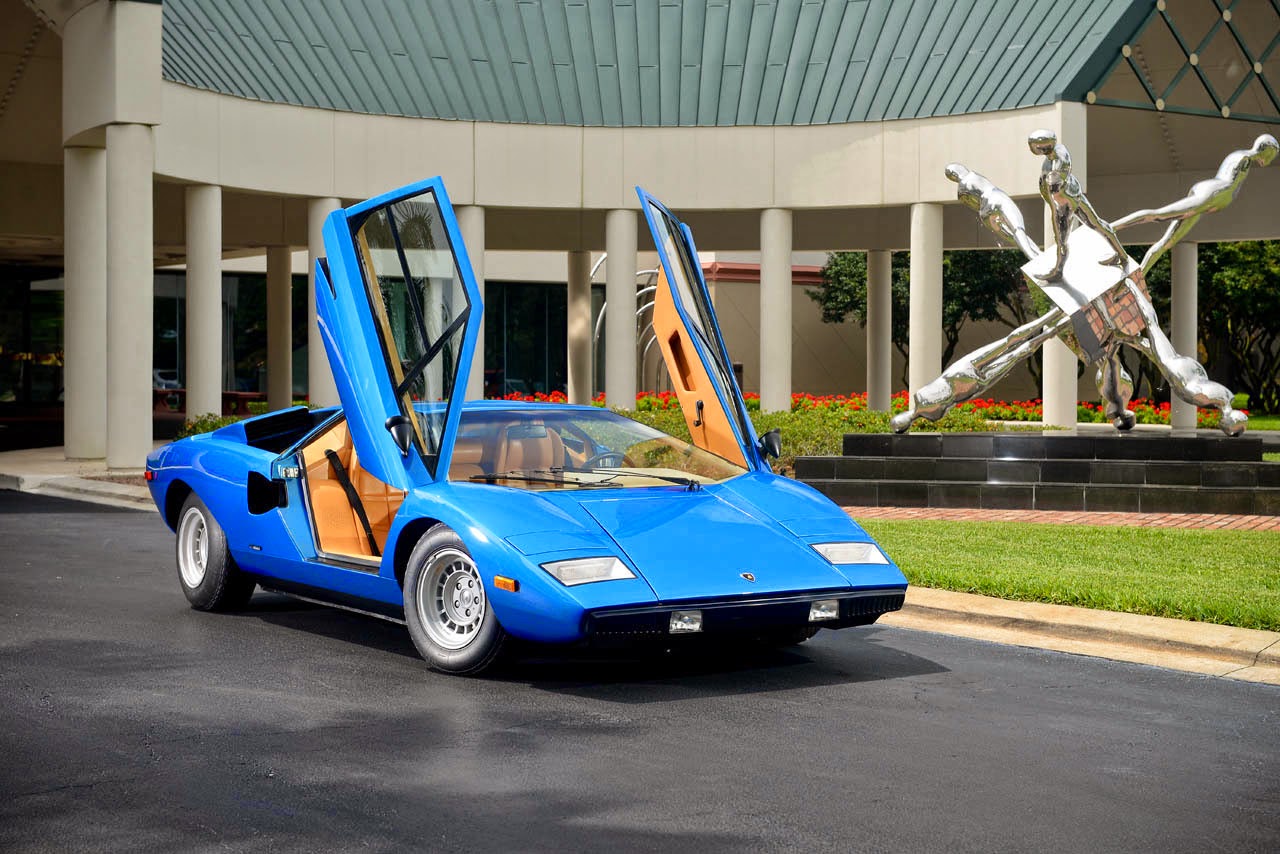 If you don’t know what the Lamborghini Countach is, then you’re lost. You’ve accidentally typed in Cartography Less Traveled and ended up here. Go back to Google (other search engines are available, especially in Australia).

For those who do know it, I’m going to assume that you’re in love with the thing. It embodies the Lamborghini spirit possibly more than anything else before or since; two fingers to Ferrari, we want to create something bonkers. So they did.

Yet many Lamborghini models have had a connection to fighting bulls. Firstly, why? And secondly, what happened with the Countach? ‘Cos there’s no way it’s a breed of bull . Can you imagine the bull-ying in school? Sorry.

There are carmakers who choose letters, like Tesla and Jaguar. There are some, such as BMW, Audi and Mercedes-Benz who like to mix it up with a little number and letter combination. And there are others, including Volkswagen, Bentley and Hyundai, who prefer a random word that, I don’t know, captures the soul of the car. And then there’s Lamborghini.

It began in 1962, with a visit by the Italian marque’s founder, Ferruccio Lamborghini, to Sevilla, Spain; and a certain world-famous cattle-ranch. And when I say famous, Ernest Hemingway wrote about the ranch, its owner, and the fierce fighters they produced:

You guessed it; the Miura.

Ferruccio was a Taurus, having been born on on April 28th, 1916, and he was so impressed by the strength and agility of the animals, he bestowed the name on the world’s first supercar that his eponymous company would create just a few years later, in 1966. And it quickly became a theme.

A year after production of the Miura commenced, Lamborghini began production of the Islero, which was the name of a Miura bull that killed famous bullfighter Manolete on August 28, 1947. The bull was refuted to have had poor eye sight but a wicked right horn chop; and the Islero was soon for the chop after poor sales figures.

Perhaps that’s why the Espada came next, and didn’t take the bull lineage, Espada in Spanish meaning sword so… something you chop with.

The Lamborghini Diablo, that followed years later, debuting in 1990, was named after a legendary beast by the name “El-Diablo”, which does not translate as cheeky little thing in Spanish, as you can imagine. Rather, The Devil fought an epic fight with the up-and-coming matador El-Chicorro in Madrid, a man that’s still remembered to this day; apparently.

The Murcielago that followed the Diablo in 2004 was also of bullfighting stock, a rather legendary figure that somehow survived 24 jabs from the picador lance at the hands of Rafael “El Lagartijo” Molina Sanchez in Córdoba, Spain in 1879. Murciélago fought with such passion and spirit that the crowd called for his life to be spared, an honour which the matador bestowed.

So, “What does all of this have to do with the Countach?” I hear you ask.

As was the case for most Italian car manufacturers in the ’60s and ’70s, especially luxury marques and sportscar makers, the majority of the design work was performed by coachbuilders; they had the expertise.

One such Design House was a certain Bertone, nestled on the outskirts of Torino in the north-west of the country, amidst the damp pavements and brutalist architecture of the city’s typically Italian suburbs.

For anyone who knows a little history of the car industry, you’ll recognise Bertone from such automotive gems as the Alfa Romeo Montreal, the Lancia Stratos HF, the stunning 1961 Aston Martin DB4 GT Jet; and the Lamborghini Miura.

And for those of you who wondered what it takes to design a car; an awful lot of long nights and staggering amounts of clay. Because all models are originally created in full-size clay models so that changes can be made with minimal expense. And it was in the heart of Bertone’s design studio, as Marcello Gandini – the designer of the iconic car – will explain in his own words, that the Countach found its name; in rather curious circumstances.

“When we made cars for the car shows, we worked at night and we were all tired, so we would joke around to keep our morale up. There was a profiler working with us who made the locks. He was two meters tall with two enormous hands, and he performed all the little jobs. He spoke almost only Piedmontese, didn’t even speak Italian.

“Piedmontese is much different from Italian and sounds like French. One of his most frequent exclamations was ‘countach’, which literally means plague, contagion, and is actually used more to express amazement or even admiration, like ‘goodness’. He had this habit. When we were working at night, to keep our morale up, there was a jousting spirit, so I said we could call it Countach, just as a joke, to say an exaggerated quip, without any conviction.

“There nearby was Bob Wallace, who assembled the mechanics – we always made the cars operational. At that time you could even roll into the car shows with the car running, which was marvelous. So jokingly I asked Bob Wallace how it sounded to an Anglo-Saxon ear. He said it in his own way, strangely. It worked. We immediately came up with the writing and stuck it on. But maybe the real suggestion was the idea of one of my co-workers, a young man who said let’s call it that. That is how the name was coined. This is the only true story behind this word.”

So there you have it. The most iconic of vehicles, named after an exclamation of joy. Perhaps we need more of this, and less Bentaygas?

Yesterday really was something else
Oh, what a day at #sleahead on the #wildatlanticway. January? Unlikely.
Nope, not the depths of some rainforest, just the #killarneynationalpark
It’s getting towards the end of my stay here in #killarney, but as always, it’s been peaceful, beautiful and exactly what was needed #avagabondscrapbook #wildatlanticway